Like other states in the nation, Wisconsin has been struggling with the impact of the opioid addiction crisis on the lives of its residents. Although 63 of Wisconsin’s 72 counties saw a decline or remained the same in the number of opioids prescribed between 2010 and 2015, the epidemic is far from over. The illegal use of prescription painkillers continues, and many users have switched to heroin.

Governor Scott Walker summed it up bluntly last year: “We’ve recently seen opioid use and abuse escalate throughout Wisconsin. The bottom line is this has become an epidemic, and every year we see more people dying from opioid overdose.”

“Opioid-related overdose deaths more than tripled in Wisconsin from 194 deaths in 2003 to 622 deaths in 2014. Although robust research in this area is limited, the causes of this surge may include:

We have also seen a 200% increase in drugged driving deaths over the past decade.

In 2015, 149 people died on Wisconsin roadways due to drugged-driving car crashes.

“Heroin misuse is widespread,” confirms Scott Carney, who represents Lakeview Health in Wisconsin. “The new bills constitute a positive move, but we still come across many people who want to go into recovery but don’t have access to treatment or can’t afford it.”

Combating Opioid Abuse acknowledged that “Wisconsin faces a shortage of workers focused on health care delivery generally and substance abuse services in particular,” and calls for “more doctors who are fully focused on addiction medicine.”

A pilot program started in Madison hopes to improve the situation. The ED2Recovery program is designed to help overdose victims get into addiction treatment immediately after they are brought to the emergency room. After its launch in the state capital, ED2Recovery is now going to be expanded statewide.

Connecting overdose patients with treatment options before they are discharged from the hospital constitutes an important opportunity. Carney works with local law enforcement officers, social workers, and hospital staff to make that connection. “It is often crucial to seize this moment,” says Carney. “Once they leave the clinic and feel better, the willingness to consider treatment tends to disappear.”

The report to the governor also acknowledges that stigma continues to be a treatment barrier. Carney helps fight the stigma of addiction by working with local advocates. He also talks on local media outletsabout the hope that recovery can bring.

Addiction is a disease. It doesn’t have to be a disaster because there is always hope. 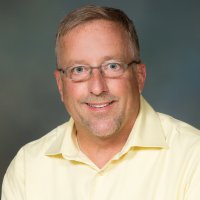 “The more people you get together to help people with addiction, the better the chances are for a sustained recovery.”

The best way to start a successful recovery is to receive modern, evidence-based addiction treatment. Lakeview Health is one of the premier addiction treatment centers in the United States and is at the forefront of ending the opioid epidemic. Addiction is a complex biopsychosocial disorder that requires a multidisciplinary approach. Lakeview employs effective therapeutic methods that enable patients to overcome their addiction and start a lifelong journey of recovery.

If you are a professional in the state of Wisconsin interested in referring a patient to our facility, please contact Scott Carney.